An American man is warning people against using headphones while falling asleep after health care workers had to perform an emergency operation to remove a wireless ear bud from his oesophagus.

Brad Gauthier, from Worcester near Boston in Massachusetts, said he only discovered that he had swallowed the listening device when he realised it was missing the next day.

He said he went to bed on Monday night listening to music, which is a common practice around the world for millions of people looking to relax at the end of a busy day.

He woke up on Tuesday, shovelled snow in the driveway of his house for about an hour, and then went inside to take a sip of water.

But the liquid would not go down, and he had to lean over to drain it from his throat.

Mr Gauthier then noticed he was missing one of his two wireless earbuds.

His son suggested that Mr Gauthier had swallowed the earbud, which was later confirmed by an X-ray at a local emergency clinic. 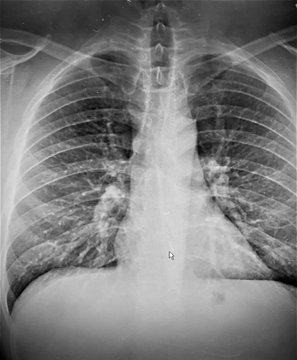 The small plastic device was lodged in his lower oesophagus.

Mr Gauthier said he never experienced more than minor discomfort while the earbud was inside his body.

But he told a local news station in Boston that he wanted to share his experience to caution others to remove the tiny headphones before going to bed.

Despite record accumulation and supply shock events, the Bitcoin price has fallen to $46.7K.

Institutions continue to be positive on Cardano and Ether, while BTC outflows continue.

After faking an abduction, a 23-year-old Venezuelan allegedly takes $1 million in Bitcoin from clients.

Details about the GTA trilogy remaster have leaked, including the release date on Steam, updated controls, and system requirements.

The CEO of Intel has vowed to take on Nvidia, claiming that the market is “hungry” for alternative GPUs.

For added convenience, Google has added a continuous scrolling feature to mobile search.

Some games may require an update in order to be compatible with Intel Alder Lake processors.

Cheat to beat them: Amazon India was caught rigging the game against successful retailers.