More than 4,500 trucks, among a huge backlog of vehicles stranded for days in the port of Dover, have crossed the English Channel after extra troops were deployed to step up coronavirus testing.

Ferry services between Dover and the French port of Calais resumed on Thursday, ending a blockade France had imposed for several days following the discovery of a new coronavirus variant in England.

The United Kingdom’s Transport Minister Grant Shapps said on Twitter that more than 10,000 coronavirus tests had been carried out on truck drivers and only 24 of them had tested positive.

“Over 4,500 HGVs [heavy goods vehicles] are back over the Channel,” Mr Shapps said.

The UK deployed additional troops to help clear the queues of trucks waiting for COVID-19 tests before being allowed to board cross-channel ferries.

Soldiers checked vehicles and drivers’ documents at the entrance to the port.

In one case, French officials, who were in Dover to help clear the backlog, were seen administering a nasal swab to a driver.

The French and UK governments agreed to end the blockade on Tuesday but UK authorities had said it would take days to clear the long lines of trucks. 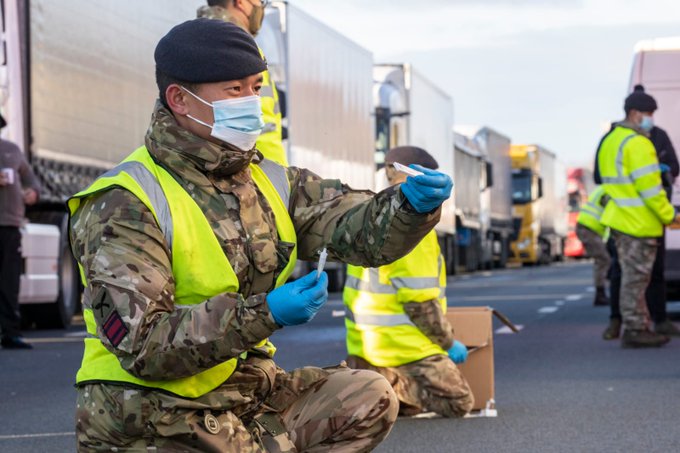 Sat Dec 26 , 2020
Australian golf legend Greg Norman has spent Christmas Day in a US hospital after being told by his doctor to self-isolate, having shown symptoms of […]