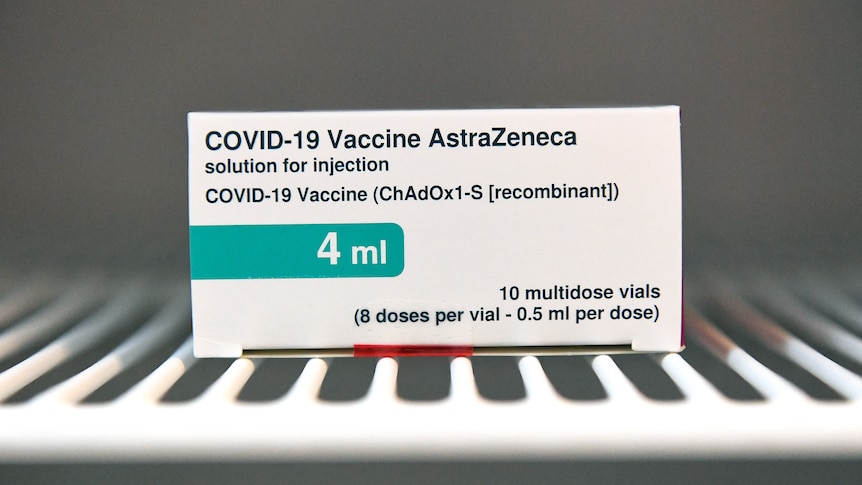 Reports of the AstraZeneca vaccine causing unusual and dangerous blood clots – in a handful of patients, out of millions of jabs – has put both medical experts and the public on alert.

Medical regulators around the world are pointing to evidence of a probable connection between the vaccine and the rare side effect.

But at the same time they’re insisting the AstraZeneca vaccine is safe — and, so far, this is the strong message coming from Australia’s chief health advisors.

At this stage it is the AstraZeneca vaccine that the vast majority of Australians will be offered.

So, understandably, a simple question is on the minds of many: how safe is it?

“There is an accumulating number of reports of these unusual blood clots occurring in patients, [and] although the actual rate is extremely low, it does look like it’s higher in young people than it is in old people,” Sir Kent Woods, the former chair of the European Medicines Agency, told ABC Radio.

“The reason is unclear.

“It’s really difficult to actually pin down the factors that decide whether it occurs or not. And it is why there’s been a slightly uncertain decision [from regulators] as to whether there is a cause-and-effect decision or not.”

So, let’s look at the numbers

Today, Australia’s Chief Medical Officer Paul Kelly put the risk of getting one of the rare blood clots after the AstraZeneca vaccine at about one in 250,000.

And according to the EU regulator, of the one in 250,000 people who get the clots about a third of them have died.

So, according to the basic maths, the risk of death from these blood clots is very roughly about one in 750,000.

The blood clots that seem to be associated with the vaccine are unusual: they occur not just in veins like most clots, but in arteries and in locations that are otherwise extremely rare.

According to Sir Kent, it looked as though the mechanism, when it occurred, involved an antibody that bound to the platelets in the blood, triggering clotting events.

“Why it should happen is not yet understood,” he said.

“There’s something about the immune response to coronavirus, which seems to be entangled to all of this, and it looks as though that is a slight overlap with the vaccine. We need to know more, it’s not entirely clear.”

Clots are seen in COVID-19, and it could be that the same mechanism is being triggered by the vaccine.

“We will, in time, unscramble the mechanism a little bit more,” he said.

“This is similar to another relatively rare but serious clotting condition, caused by the use of [blood thinner medication] heparin,” Dr Perdomo said.

“This type of immune reaction involves platelets and white blood cells, and that is the reason for the development of severe clotting.

“In both cases, clotting appears within two weeks of administration of the substances.”

Clotting and ‘the pill’

It must be remembered that blood clots anywhere are very dangerous and can readily move around the body, landing in the brain or lung, where they can be fatal.

And common medications — and normal life events — are known to increase the risk of clotting.

Let’s just take a random adult off the street. Research suggests they have a one in 1,000 chance of developing a blood clot known as a deep vein thrombosis (DVT) within a year.

And of those who do, about 6 per cent will die. So without the addition of any risk by taking a vaccine, about one in 17,000 adults is expected to die each year from that type of blood clot.

So, statistically, you’re much more likely to die of a blood clot for some other reason than because you took the AstraZeneca vaccine.

And other things can raise the risk of death from clotting even higher.

Take pregnancy and childbirth — a risky time for mother and child. It increases the risk of DVT about 10-fold.

The combined oral contraceptive pill — “the pill” — also increases the risk of clotting.

The risk of a DVT in women taking the pill is about a third of that experienced by pregnant women, but higher than that faced by young women not on the pill — and a much higher risk of death from clotting than the AstraZeneca vaccine seems to be linked to.

The risks and the benefits

Dr Perdomo said that so far the clotting was a “rare event” and the benefits of the vaccine still outweighed the risks.

“A cautious approach is recommended since specific risk factors are currently unknown,” he said. “More research into the causes, risk factors and treatments are urgently needed.”

And, as with every treatment, risks in medicine are always weighed up with benefits.

“Everything we do in life – every medication we take, every vaccine we give – has a risk,” Professor Jonathan Carapetis, Telethon Kids Institute and Australian Association of Medical Research Institutes, said.

“It is a very safe vaccine but that doesn’t mean that occasionally some very rare side effects won’t occur, and that’s what we’re seeing.

“People just need to be aware that every day we balance risk versus benefit, usually without thinking about it.”

Even in Australia, where COVID-19 has been incredibly well controlled, we have lost more than 900 people to the disease; that’s about one in every 30,000 people.

In the US, about one in every 600 people have died from the virus.

It’s that context and data that Australian regulators are now looking at the AstraZeneca vaccine.

The Australian Technical Advisory Group on Immunisation (ATAGI) is meeting today to discuss the new finding ahead of a national Cabinet meeting tomorrow.