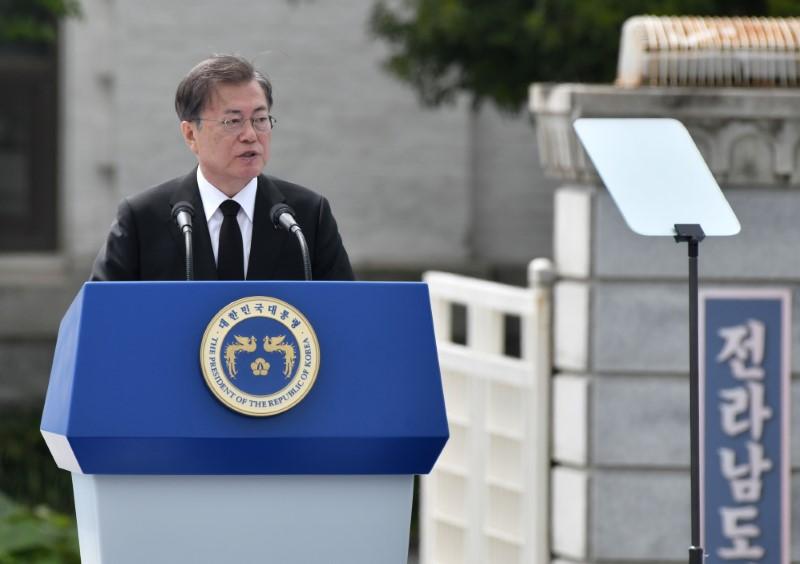 FILE PHOTO: South Korean President Moon Jae-in speaks during a ceremony marking the 40th anniversary of the pro-democracy Gwangju Uprising at May 18 Democracy Square in Gwangju on May 18, 2020. Jung Yeon-je/Pool via REUTERS/File Photo

Trump and Moon spoke by phone at the U.S. president’s request, the Blue House said.

Trump said on Saturday that he was postponing until September the G7 summit that had been scheduled for late June, and that he wanted to invite Australia, Russia, South Korea and India to the meeting.

Trump said the G7 was an old system that did not reflect the current international situation, according to the Blue House.

Moon told Trump he would welcome the inclusion of other countries and said it would be a sign of progress in the face of the global coronavirus crisis.

“If at an appropriate time, a (leaders’) meeting can take place successfully, it will be a signal that the world is returning to normal conditions and economy,” Moon said, according to the statement.

Thu Jun 4 , 2020
2 minutes The United States announced Wednesday that Chinese airlines will be suspended from operating passenger flights to and from the US. The move is […]