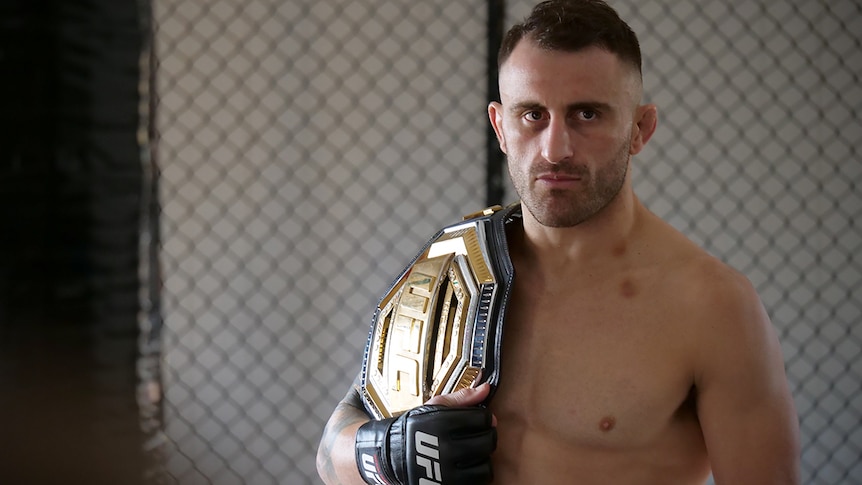 The 31-year-old landed in the US last week ahead of his much-anticipated bout with American challenger Brian Ortega in Las Vegas.

Volkanovski tested negative for the virus when he left Australia and again before he entered the UFC bubble, but returned a positive result in his latest test.

“So devastated to share that I have tested positive for COVID-19 and my fight is off and will be rescheduled,” he said in a social media post.

The Windang fighter said he had followed the protocols and remained within the competition’s bubble.

The diagnosis means the UFC 260 card has lost its main event, with the fight being postponed for an indefinite period.

A statement from Volkanovski’s camp said he had a sore throat and that he was being closely monitored by UFC medical staff, who would continue to care for him over the coming days.

“Thanks to everyone here in the States for your support since arriving and to everyone back home and around the world for your positive messages,” Volkanovski said.

The fight would have been Volkanovski’s second title defence.

Sun Mar 21 , 2021
The Sharks host the Raiders after Brett Morris nabbed a second straight hat-trick in at 40-6 demolition of the Wests Tigers. Check out all the live […]